The Power of the Heavens: Astronomy 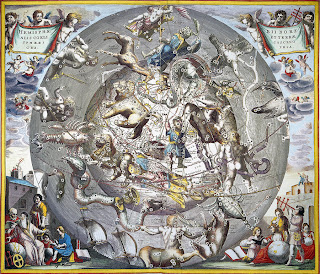 At the top of the staircase of the liberal arts is Astronomy.  The connection between astronomy and the other six liberal arts may not be immediately evident, yet it does have its place.  Astronomy is the logical end of the path of study of the liberal arts.
Astronomy is in a curious position, because as a science it has grown in ways that the other arts have not.  While all of the liberal arts have grown over the course of history, they have not grown from misinformation toward correct information.  No one has ever had to chuck the majority of arithmetic in the waste bin and start from scratch.  No one has said "This music thing is all wrong; what we've been listening to for centuries isn't really music at all."  But the core concepts of astronomy have been rewritten many times.  No one still subscribes to the geocentric ideas that prevailed when astronomy was categorized as one of the seven liberal arts.  In fact, the majority of information we currently believe about astronomy was unheard of two hundred years ago.  But does that invalidate astronomy as the pinnacle of the liberal arts?  It does not.  And why not?  Because in astronomy, more than in any other field of study, we see that the pursuit of knowledge can be at times more important than the knowledge itself.
Let us look at the liberal arts as a rough progression.  Grammar is an internal art.  It is the study of the concepts most basic to our personal identity, because it is only through words that our thoughts are given form, and through our thoughts we shape our personal identity.  Logic and Rhetoric move out from the personal and into the community.  Through these we interact with others and find our own place in society.  Arithmetic and Geometry help us to analyze the world around us; the world in and on which our civilizations exist.  Through Music we begin to learn ways to shape and control our world.  And finally Astronomy lifts us beyond this world in the search for our place in the cosmos.
The actual facts of astronomy are, in large measure, quite useless.  It makes no material difference to us whether or not we know the size of our galaxy, or the difference between a red and white dwarf star.  People thrived for thousands of years thinking that the sun revolved around the earth, or that beyond the sky was a great primordial sea.  But those same people held the study of astronomy in the same reverent place that we do ourselves.
Astronomy, like all of the liberal arts, teaches us to search for our place in the universe, to seek for things greater than ourselves, to discover the possible that at first seems impossible, and to find our limits as human beings.  Astronomy teaches us to pull our eyes out of the mud and muck of the mundane, and lift our eyes to the sublime celestial shapeliness of the Creator's Work. 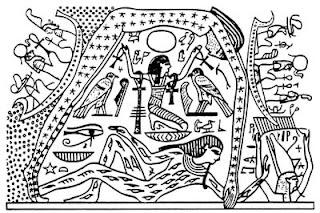